We don't host a lot of sleepovers at the Moon house.  Maybe it's because we already have a lot of kids at our house at all times.  Or maybe it's because having four kids means there's always someone to play with already.  Or, maybe we're just pretty lazy parents!  Or smart, maybe?

But six years ago, we had a big sleepover.  We had 10 girls spend the night for Sophia's 7th birthday.  These things are pretty tiring for parents.  Because, well, there just isn't enough sleeping going on! 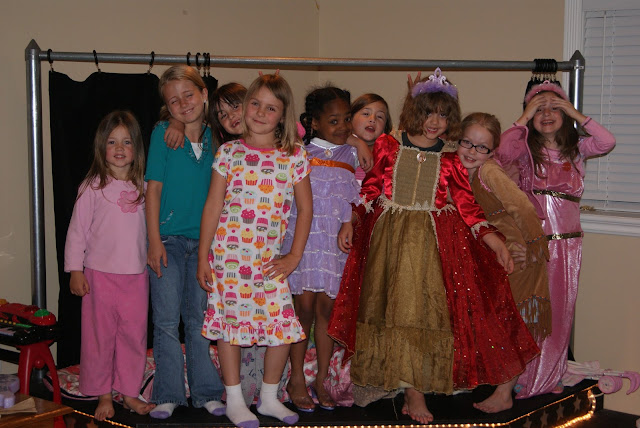 Weren't they cute?  Good kids.  Who did not want to sleep.  And look at that stage Chris and his Dad built for the kids?  Curtains, stairs, lighting.  Maybe we weren't always lazy parents!

This is how little Sophia was at seven...adorable. 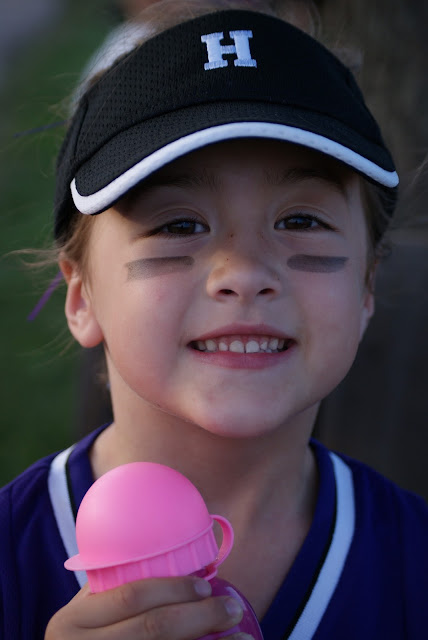 Six years ago.  That's how long it took for us to do it again.  But the girls begged us to have another sleepover with some of their swim team friends.  Our house is definitely too small for that.  So we reserved the church gym.  Seriously, an entire gym for a sleepover is pretty perfect!  We did some fun games, ate, and I'm not going to lie, those girls can really make a mess.  Imagine popcorn EVERYWHERE!  And six years later, they still don't sleep!  But they're older and it doesn't matter as much. 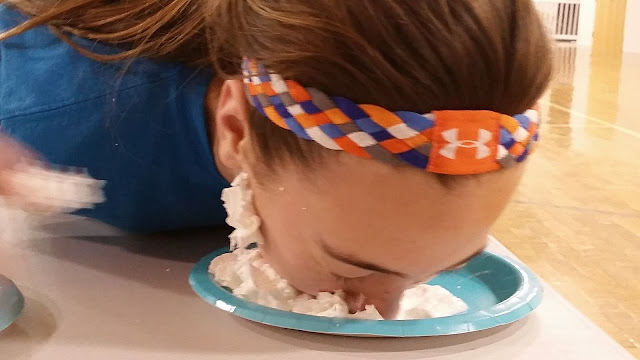 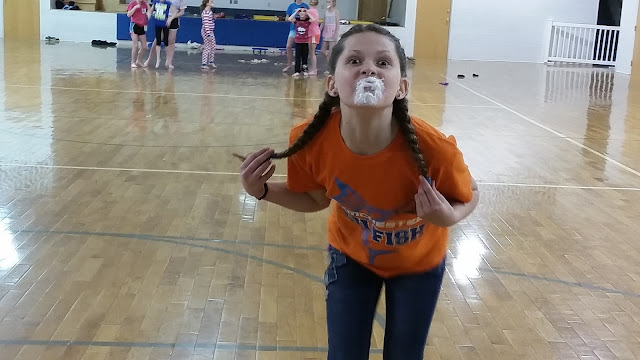 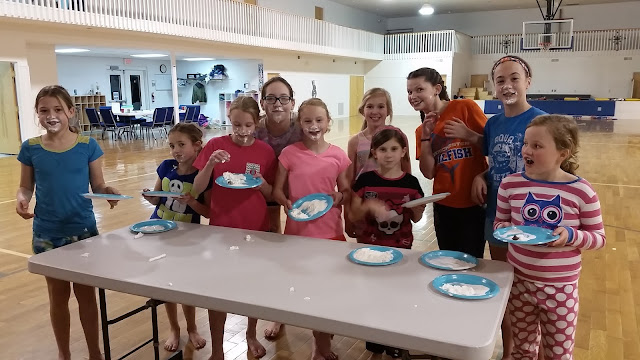 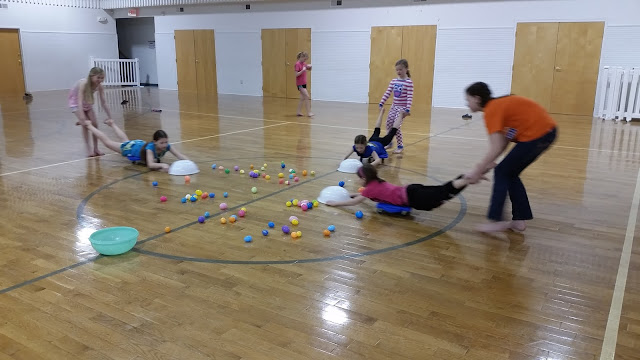 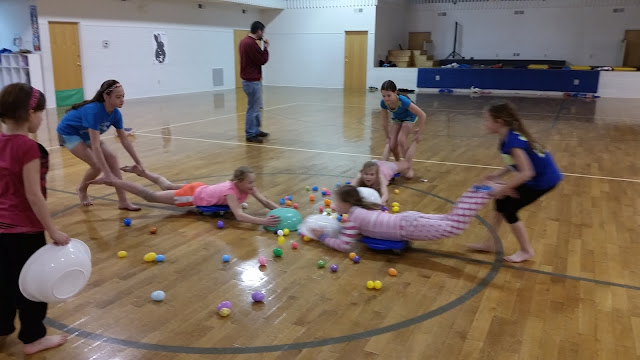 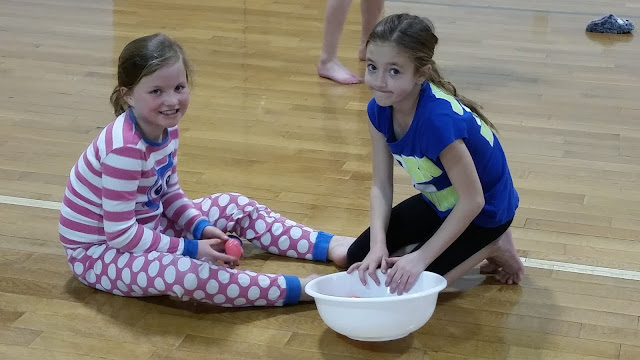 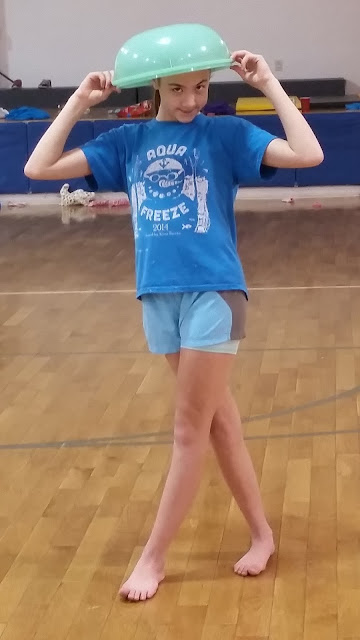 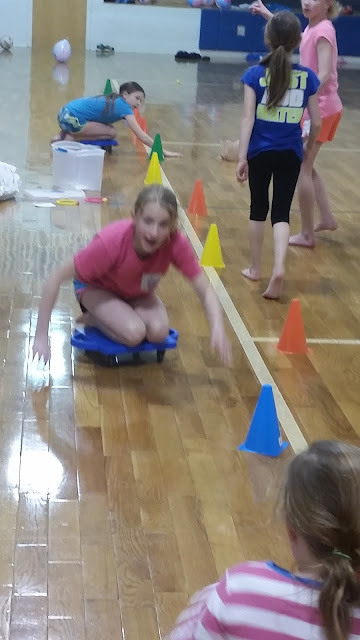 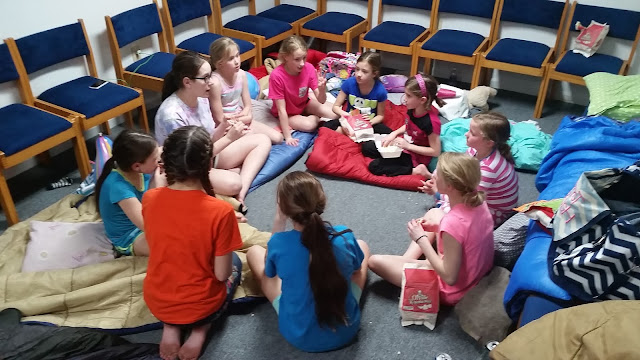 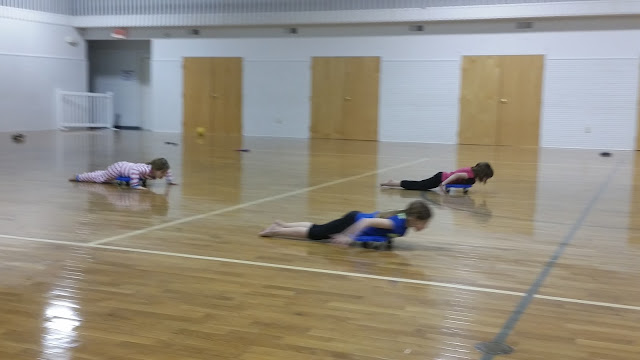 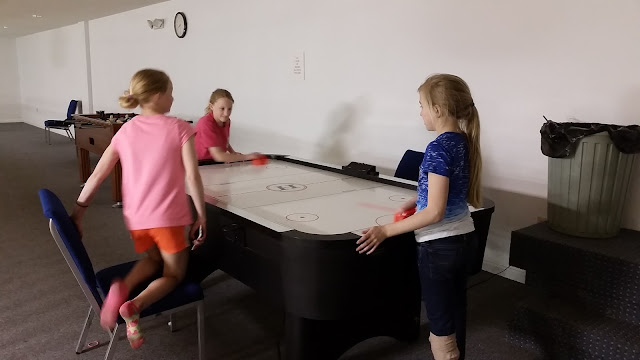 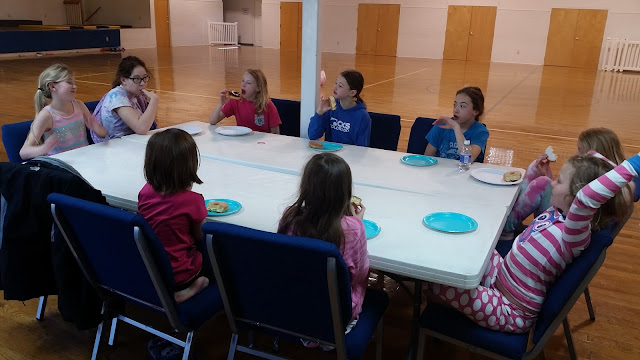 It was Easter weekend so several of the girls couldn't make it.  But we had so much fun with those that could come.  Sam was able to spend the night with his little swim buddy Ethan - his first sleepover and, according to him, "the best day of his life!"

These kids work so hard!  They train 10 months out of the year for a sport most people don't really understand or appreciate.  Training for 1 1/2 to 2 hours five days a week.  And these kids love their sport!  But, I think they love each other just as much!  They are all really good kids and have been great friends since we moved here to Kentucky!  They've been on break for two weeks and they were so excited to see each other again.

Just a few pictures from our weekend... We needed to pick up all of the fallen limbs in our front yard so we decided to have a little fire in our fire pit and cook s'mores.  As you can imagine, Max thought this pile was created especially for him.  He was in doggy heaven! 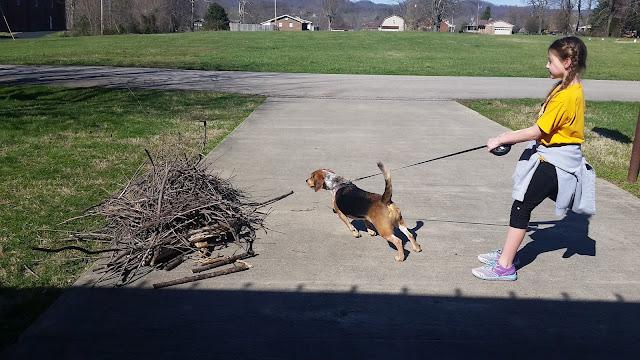 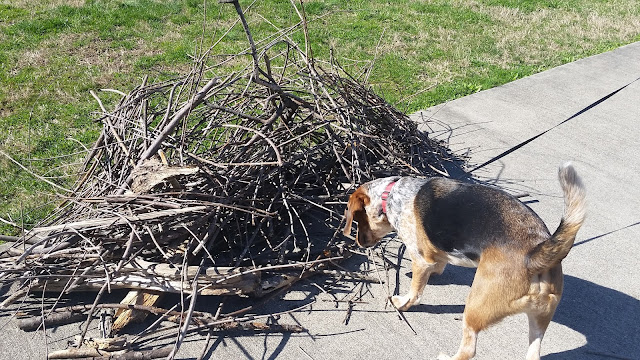 I'm not sure about the sunglasses.  Isabella said it was to keep the smoke out of her eyes.  I think Sam was just going for a certain look. 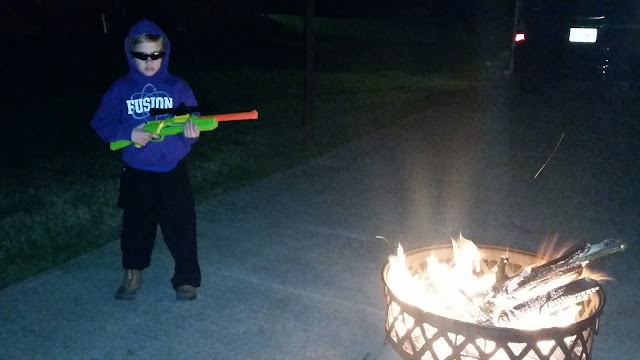 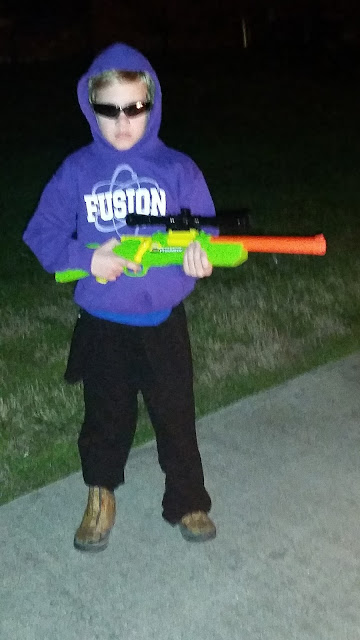 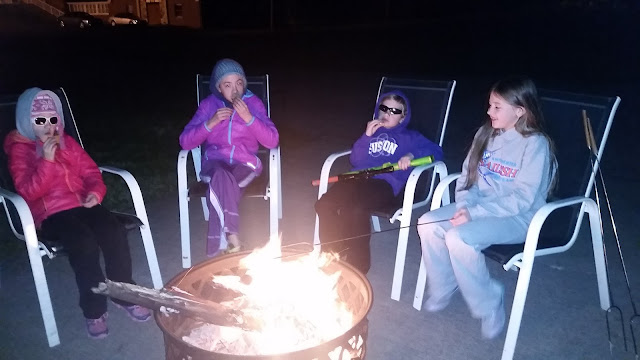 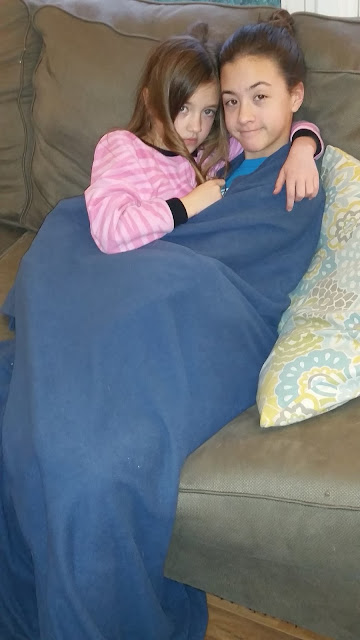 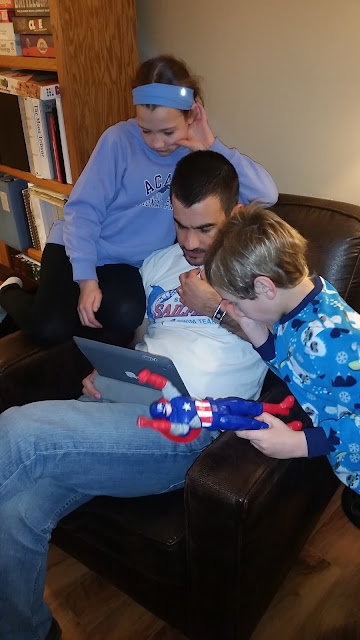 Sometimes, I think you just need a day to rest! Our Sundays are always so buys that it's nice to have a Saturday to just spend time together!