The tooth fairy forgot to visit last night!   Geesh.  Poor kid.  This is the 2nd time that's happened to Anna.  Last time it was a Sunday so we said she probably just didn't work on Sundays.  This morning Anna decided maybe the storm kept her away last night.

It gets worse.  In all the excitement of Sophia pulling out Anna's tooth -- yep, she let her 9 year-old sister yank her tooth out.....serious trust there - Anna lost her tooth somewhere between the sink drain and the trash can.  So, we told her just to write a note to explain to the tooth fairy what happened.  She sealed it up before I ever read it.

But when she came up this morning the only words out of her mouth were, "I guess the tooth fairy didn't believe me."  Oh.  My.  Gosh.  I could not have felt worse.  Maybe she'll be a little extra generous tonight.  Maybe.  If she actually remembers to come.
Posted by Mary at 1:07 PM No comments:

Sophia turned nine a week ago and asked for a zebra-striped party.  She likes to challenge me I think!   We had a lot of fun celebrating her birthday weekend.  She woke up on Saturday and got to open her presents and then we took off for KC to see the Titantic exhibit at Union Station. It was really impressive and worth the 7 hours in the car that day!  Then on Sunday we had family over for her party.  Here are a few pictures from the big day. 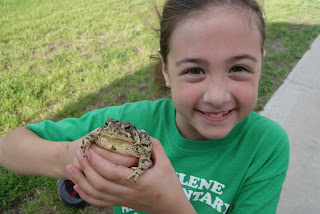 Sophia with our resident gaden toad.  Good times.  He looks thrilled, doesn't he? 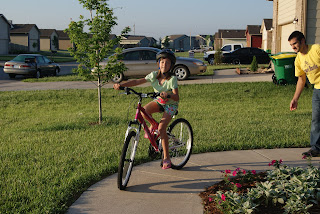 New bike - which is barely smaller than mine!  She's getting so big! 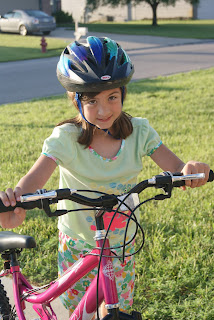 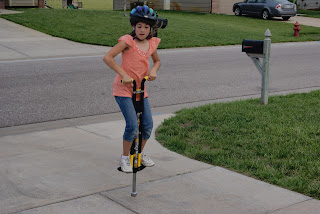 New pogo stick.  Daddy thought it was fun too! 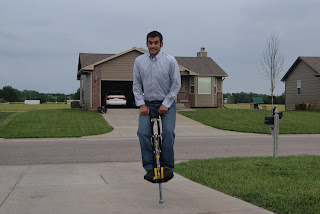 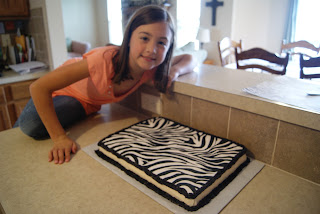 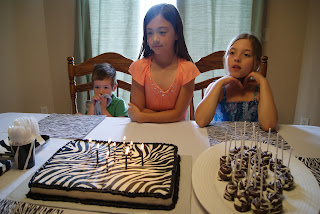 Sophia is pretty sure 9 is going to be a big year for her.  ﻿She told me she has always planned on building a draw bridge for the playhouse before she turns 10, so I guess she's going to have to get moving on that.  Maybe she'll get it done before Chris ever finishes the roof on that thing.  And in four days she'll officially be a fourth grader.  Yikes!  But before then, we're going to enjoy this summer.  We plan on doing plenty of hiking, camping, and taking several little mini-vacations to pass the time in between swim team and VBS.  Hopefully I can keep up with her!